The effects of participation in hybrid democratic innovations 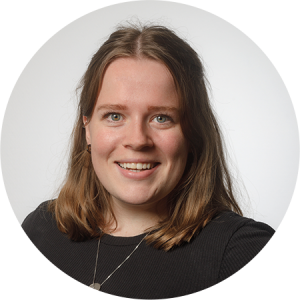 People often feel they are not being listened to by politicians. For many, voting in elections is apparently not enough. What can be done to solve this problem?

One possible solution to give people more of a say in politics is to work with referendums. In the Netherlands for example, we had a referendum on the European constitution. A downside of referendums is, that they leave very little room for nuance. You have to be either against or in favor of a measure.  In the case of the Brexit referendum, we saw that voters had nuanced opinions on whether or not to leave the EU. In the end, however, they had to vote stay or leave without further indication of the type of Brexit they preferred (soft vs. hard for example).

Another way to get citizens more directly involved in politics, is to invite them to discuss political topics with other citizens, for example, about possible ways to solve climate change. This is what we call a mini-public. Mini-publics have already taken place in France, Great Britain, and even Amsterdam. Just like referendums, these mini-publics have their weaknesses. Since mini-publics take place on a small scale, there is a risk that the broader public will not feel represented by the mini-public and therefore will not support the solutions the mini-public presents.

To overcome the disadvantages of both referendums and mini-publics, the REDRESS project turns to a combination of the two, a hybrid. For example, a smaller sample of the population participates in a mini-public and comes up with a policy proposal the broader public subsequently votes for in a referendum.

To examine if such hybrids could indeed be a solution for citizens who indicate they are not being heard by politicians, I will study the effects of these hybrids. I will do so by conducting experiments. I am interested to know under what conditions citizens would like to participate in such a process and under what circumstances they would accept its outcome.

Since the issue at hand is a political one, I will also be researching politicians. How do they view a process in which citizens carry out some of their tasks? And could politicians maybe also play a part in this, for example by participating in the mini-publics?  Here too I will be carrying out experiments to answer these questions and to find